Realtor of the Year

Alaska REALTOR® of the Year (also known as “ROTY”) Recognition – the coveted award to one REALTOR® Member each year is the highest honor the Alaska REALTORS® awards one outstanding member. The ROTY award is recognition of an active member of the association who has provided outstanding service to their organization, their profession, and their community during the year nominated. The award is presented at the annual Alaska REALTORS® Convention to a REALTOR® nominated by his or her peers and selected by the ROTY Awards Committee — which is an impartial panel made up of the past five (5) ROTYs and chaired by the previous years’ ROTY. The recipient is also recognized nationally at the National Association of REALTORS® Annual Meeting and Convention.

The Awards Committee reviews all nominations, taking into consideration each nominee’s involvement in the community and participation in local, state, and national levels.  Local associations can submit their local Realtor of the Year for consideration for the Alaska REALTORS® of the Year title.

All nominees will be judged on spirit and business accomplishments, including but not limited to past awards received; participation in their local associations, responsiveness to local, state, and national Calls-to-Action; investments made to the REALTORS® Political Action Committee (RPAC), and/or, annual production. There are no minimum levels of participation, investments, sales, etc., required to be eligible.

Forms will be provided by the Alaska REALTORS® and will have a specific date to be received by for consideration.  Take the time to nominate a well-deserving REALTOR® member for this cherished recognition.

The following criteria for selection of REALTOR® of the Year include:

Nominees overall need to be in good standing with both the local and state associations at the time of nomination, selection, and when the award is presented at the Annual Convention. Members cited for an ethics violation (handled by Alaska REALTORS®) or a license law violation (handled by Alaska Real Estate Commission) within the past two (2) years may be ineligible. This would be based on confirmation from Alaska REALTORS® or AREC.

In addition, the previous year’s ROTY nominees may be nominated again if the person who nominated them previously would like to re-nominate them a second year.  Previous REALTOR® of the Year (ROTY) award recipients are not eligible;

Nominations must be received by the Alaska REALTORS® office and/or the ROTY chairperson by 5:00 p.m. on August 15th. 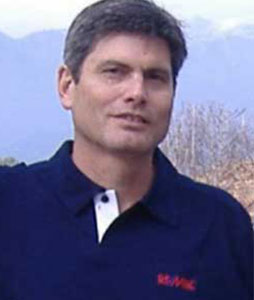